Women's Rights: Not Up for Discussion (The Victorian Era) 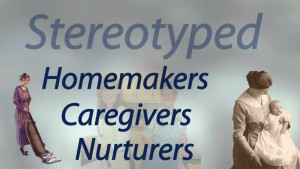 Women’s Rights in the Victorian Era

For people living in the western world in the 21st century, it is hard to imagine the lack of women’s rights in the Victorian Era. Due to their reproductive system, women were seen (by men) as emotional and unstable to the point where they were incapable of making rational decisions. Once they were married, many were treated little better than slaves.

In the eyes of the law (prior to 1882), once a woman married she basically ceased to exist. On her wedding day, she became one person with her husband and thereafter everything she did was under his direction.

Once married she was under the complete and total supervision of her husband. Not only did he have control of all her possessions, but he also had control over her body. Refusal of sex was grounds for annulment of the marriage. A husband was allowed to beat his wife, and even rape her, without fear of prosecution. It wasn’t until 1891 that a High Court ruling prevented a husband from imprisoning his wife in order to pursue his conjugal rights. Unbelievably it was not until a hundred years later, in 1991, that a similar ruling denied him the right to rape her.

The law (and opinion) was driven by the fact that in the Victorian era men and women were categorised into different roles or spheres. As they possessed the capability for reason, action, aggression, independence and self-interest, men believed they should operate in the public sphere. Women, on the other hand, were restricted to a private sphere where their feminine qualities such as emotion, passivity, submission, dependence, and selflessness were more suited.

Men believed they were driven by their mind or intellectual strength, they felt they were equipped to be the governing sex. Women were defined by their sexuality, they were perceived to be irrational, sensitive and dutiful. As such, they were expected to fit into the social mould crafted by men.

Marriage Stole the Identity of Women

Single women or widows were allowed to own their own property and possessions. As soon as they married, however, their property and any money they owned transferred to their husband. Children were also his property and in the event of a divorce, the man could expect custody of his children. From 1839, if it was proven that the wife was innocent she was allowed custody of children under the age of seven. This was raised to sixteen in 1873, but even then the father remained the sole legal guardian.

Given the limitations placed on married women, it may be asked why single women with property or significant possessions would choose to give everything up. For some, it was possible to stay single and live by their own means. For many, however, marriage was a necessity to keep a roof over their heads and put food on the table.

This was particularly true for middle and upper-class women. For these women, not only was marriage an expected duty but society prevented them from earning their own living. This meant they were condemned to a life inescapably dependent on a man’s income.

Their Reason for Being

Bearing children was expected of all women. Like marriage, it was an institution that aimed to limit women’s role in society. In theory, it was a sacred and honored position, “the crowning achievement of a woman’s life.” As with marriage, however, there were unjust requirements and unfair expectations.

In order to bring children up properly, mothers were expected to be sinless, both in thought and deeds. Men only perceived them as virtuous if they shunned sex and were seen to be meek, submissive, and conforming. Sex for any reason other than creating children was viewed as dirty and scandalous. Mothers were expected to be religious, as this supported the view that women were free of sexual passion and gratification.

No Right to Her Own Possessions

Once a woman married, control of any property she owned, as well as any income she received from it, passed to her husband. Although he could not dispose of it without her consent, her personal property, such as money from earnings or investments, and personal belongings such as jewellery, passed absolutely into his control. She could not part with them without his consent.

Some progress was made in 1870 when the Married Woman’s Property Act came into effect. This allowed women to keep earnings or property acquired after marriage. It wasn’t until a further Act in 1882 that they were allowed to retain what they owned at the time of marriage.

Intelligence and Menstruation are Mutually Exclusive

When Queen Victoria came to the throne, education was mainly the preserve of the rich. While boys could go to school, a governess would teach girls at home. The academic content of their lessons, however, was generally low.

For children from poor families often the only official form of education was through Sunday school. These were open to all children although there were typically fewer girls educated than boys. In 1851, for example, female literacy rates were 55% compared to nearly 70% for males.

In 1870 a law was passed which made it mandatory for all children aged between 5-10 to attend school. Although all were taught basic reading and writing, the curriculum for girls evolved to focus on subjects such as domestic science, cooking, laundry and needlework.

The struggle for women’s higher education started in the 17th century. It was only from the mid-late 19th century, however, that progress began to be made. As early as the 1840s, Queen’s and Bedford Colleges at London University offered women higher education. It wasn’t until the late 1860s and 1870s, however, that colleges for women were founded at Oxford and Cambridge. At this time, women were not allowed to study for degree courses. It was 1878 when London became the first university in the UK to allow women to attain degrees.

Oxford and Cambridge lagged behind London’s lead in this regard. Girton was the first Cambridge college set up for women in 1869. This was followed by Newnham College in 1872, but at the time they were not recognised by the university authorities. It was 1882 before the first women students were allowed to sit examinations and it wasn’t until 1920 (Oxford) and 1948 (Cambridge) that they gained access to degree examinations.

Resistance to education for girls principally came from the medical profession. They argued that the physical demands of menstruation and the intellectual demands of studying were incompatible. They believed that educating women would lead to mothers of puny, weakened and sickly children.

The Inequality of Divorce

From 1857 divorce was made easier than it had been in preceding years. Moderately wealthy men could divorce their wives on the simple grounds of her adultery. This was based on the idea that it threatened his ability to pass his property to his male heirs. He could also claim damages against the adulterous third party.

A woman who wanted to divorce her husband, however, had to prove adultery and show it had been aggravated by desertion (for two years). Alternatively, she needed to prove her husband’s cruelty, rape, sodomy, incest or bigamy. She was not allowed to claim damages from the third party. This difference was not rectified until 1923.

On the positive side, however, the 1857 Act denied the husband any right to the earnings of the wife he had deserted. This meant a divorced woman was returned to the same property rights as a single woman.

Work is Not for Ladies

Although it is widely held that during the 19th century a woman’s place was in the home, women did, in fact, work in a wide range of occupations. Attitudes to work were, however, driven by class. Upper-class women were not expected to work. For working-class women, however, it was often necessary for them to earn a wage and contribute to the running of the household. The type of work they were eligible for was restricted, and they would generally undertake manual work such as domestic service, laundry, needlework, factory work or agriculture. Needless to say, they could expect to receive less money than men, even if they were doing the same job.

Paid work for middle-class women was frowned upon. If they did work for a wage, they would do skilled, non-manual work, often supervisory or professional. They employed others to do manual tasks.  Middle-class women were also discouraged from doing housework. This was left to an array of servants such as housemaids, nursemaids and cooks. Even lower-middle-class women, the wives of clerks and schoolteachers, would have a General Servant. They would be expected to do the dirtiest tasks like scrubbing the steps and peeling potatoes.

Put on a Pedestal…and Left There

Despite the apparent esteem afforded to wives and mothers in the 19th century, in reality, they lived in a world that discriminated heavily against them. Due to their superior physical strength, men considered themselves the dominant sex and sought to keep women subdued for as long as they could.

It was during the late 19th century that Women’s Rights became a social issue. The next article focuses on the early suffrage movement that eventually lead to women gaining the vote.